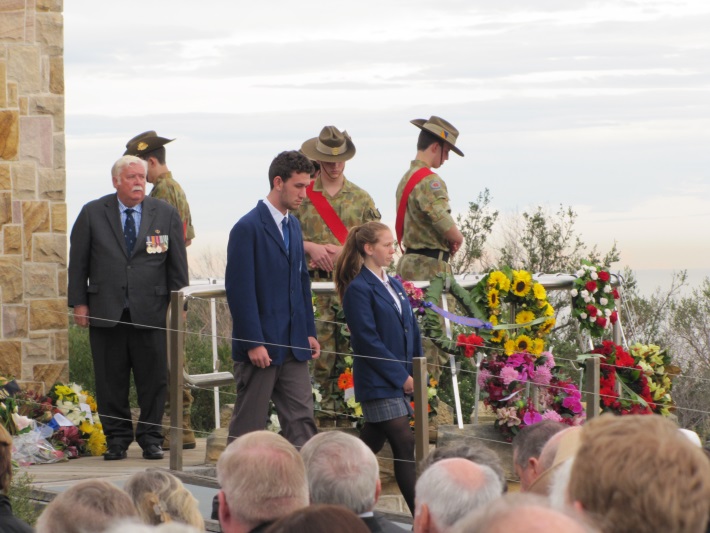 The 73rd annual commemoration service was conducted recently at the Defence of Sydney Monument on North Head to mark the night that war came to Sydney.

Several hundred people attended this service, amongst these were some twenty local schools.

Two of our students, Holly Sherlock and Sebastian Szambowski had the honour to give the Vote of Thanks to the guest speaker Vice Admiral (VADM) David Johnston AM RAN. In their speech they spoke not only about his prestigious career in the Navy, they also explained the history of the Japanese mini submarines that attacked Sydney Harbour on 31 May, 1942.

After the commemoration they conversed with the dignitaries and enjoyed the morning tea which was provided by Mackellar Girls Campus. They all met the Member for Warringah, Tony Abbott the Prime Minister of Australia, and even had a selfie with him.

We would like to pay our respects and acknowledge the traditional custodians of the land and also pay respect to Elders both past and present.

Copyright for this website is owned by the State of New South Wales through the Department of Education. For more information go to http://www.dec.nsw.gov.au/footer/copyright.